'The Strange Thing About the Johnsons’ 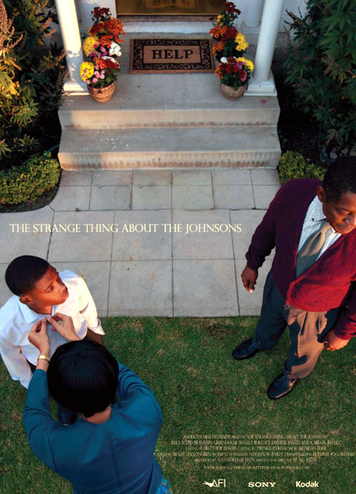 At first I wasn’t going to post this film because the subject matter is so
dark that it might cause mental anguish in some. But as leather folks I think we can handle this!

Without giving away too much of the plot (for those of you who want to see
it), let’s just say that this film can only be categorized as a “dark comedy”
because it is laughable.

There is a good reason why we can only access 10% of our brain power. The brain has many defense mechanisms in place to protect itself (and you) from the type of activity that is depicted in this film.

The young man in this film would have to circumvent those defense mechanisms in his brain to be able to do what he does. And as a result, he would be psychologically disturbed. It would not be a secret to anyone around him that he was psychotic.

The scene where the young man appears to be a normal, healthy adult about to  get married would never happen in real life.

This is the reason why men like Usher Raymond, who are stuck in the Oedipus complex phase, seek out older women for sexual gratification — because the alternative would be psychological harmful.

So as you watch this film, take it for what it is: a comedy that sprang from
the overactive imagination of a man (the director) who has a limited       understanding of how the brain works.

The film is described as “a dark domestic melodrama/satire about the ties that bind and the ties that really bind” but that sentence doesn’t even BEGIN to touch all that’s going on in this mini-movie.

The beginning scenes of Strange Thing About The Johnsons, shows a well-to-do African American father asking his 12 year old son the
question,“What is taboo?”

As we sit contemplating an accurate answer, the movie blatantly unravels it’s plot to show us exactly what “TABOO” is all about.